I edited this horror teaser trailer for a graphic novel and web series being turned into a low-budget feature film.

I was the EJO Ventures Producer, Editor and On-Camera Talent for this concept promo Fraport TV in the Nashville International Airport.

I produced and edited this trailer for the provocative and award-winning documentary “Yodok Stories,” about the making of a musical about concentration camps in North Korea.

I was a camera operator on this Baker McKenzie Homeless Youth Handbook as a freelance contractor for 90Seconds.tv .

This is the original Festival Trailer for my Faith-Based feature, “The 23rd Psalm.” It screened in and won awards in Film Festivals around the world including “Best Film by a Black Filmmaker” in the “Berlin Black Cinema International Festival” and “Best Film” in the “San Diego Black Film Festival.”

“The 23rd Psalm” is the story of a troubled Police Detective who must transcend his shortcomings and renew his faith in order to solve a mysterious crime. 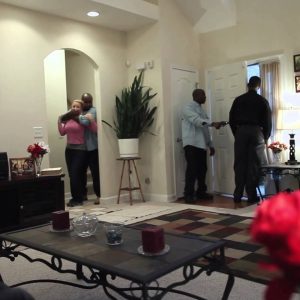